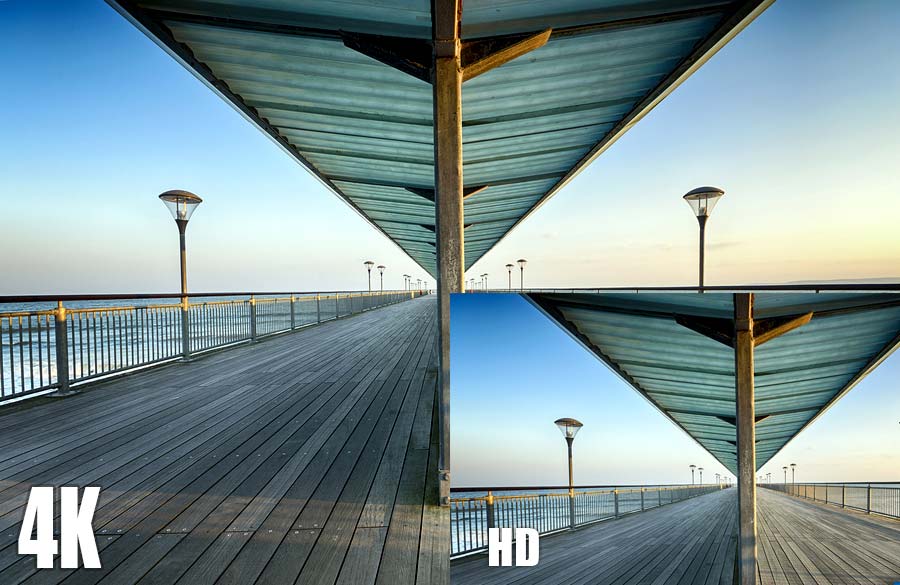 You might have noticed that “4K” has been thrown around quite a lot lately. But do you actually know what it is? Well it isn’t as much of a mystery as you are initially thinking. To put it simply, 4K = 4000 pixels.

I guess you could say it is the Iggy Azalea of video formatting. …Don’t get it? Fancy. So if you want higher resolution, then 4K might be the one for you. (4K is so fancy, you already know!)

Don’t fret if you aren’t a videographer though, 4K is perfectly as useable for non-professional purposes too! Very soon, you may start to notice 4K becoming available in cameras, TVs, you name it. And if history really does repeat itself (and we think it does) then soon enough 4K will be the norm across all of these. It’s just not quite there yet.

If you are into editing your photos and videos, present lectures or even create show areas for your job, it is pretty much guaranteed that it will be much easier and cleaner looking with 4K.

And bonus! As larger TVs have become more affordable, 4K is quickly becoming the format of choice for at home television and event displays. Especially on larger screens.

Well that sounds all well and good, but what’s the catch?

Well, as you’d expect, using 4K is excellent! But it does require more power and space… So, if you plan on using 4K quite religiously you should consider a wizzy graphics card with at least 2GB of memory and increased hard disk space to keep up with the demands that 4K inevitably brings with it.

*Sidenote* Depending on your computer, you may find that your desktop may struggle to cope with 4k.

If you want to get the best from creating 4K content, your essentials are:

But we can work all of that out later right! Lets leave it on a positive and think about this, if you invest in 4K now, you won’t have to worry about your video going out of date! Gradually, as with all technology, 4K will take over the format that preceded it, in this case HD.

So if you love recording your favourite moments via video or use video for professional reasons, your content will last a longer time before you have the need to replace existing videos with whatever supersedes 4K down the line… Just thinking of you!

“4K is big. You won’t believe how vastly, hugely, mind-mindbogglingly big it is.”

– Adapted from Douglas Adams, The Hitchhiker’s Guide to the Galaxy.

Douglas Adams of course was talking about space, however in terms of video, 4K is ACTUALLY really big.

The Truth About Unpaid Placements
Keywords are key