Is Networking Right for You? 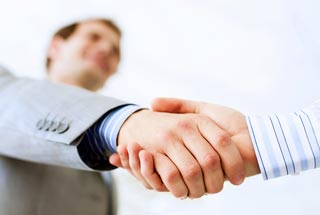 Networking. Do you feel it? The sheer horror at the thought of having to interact with people you don’t know. If you are hit by despair when confronted with a networking event, don’t worry you’re far from alone.

Though a slighted outdated phrase, who you know still holds precedence over what you know. As a business owner you will, without a doubt, be ambitious, intelligent and knowledgeable. That being said, so are your competitors. New businesses are opening all the time so your skills and knowledge may no longer be worth as much as they once were.

By networking successfully you set yourself apart from the crowd and show that you are a valuable contact. The most successful people are the most connected people. Having a large network means more people and ultimately more potential business. It may be a hurdle but it will be worth jumping.

A networking event is a purely social arena and it is important to recognise that you’re there to be social! Often it is through informal interaction that we gain official contacts. Social conduct obviously is critical when networking. For example would it be rude to introduce yourself and talk about you and your business the entire time..?

If you’re not willing to listen then why should anyone listen to you. We need to focus on a relationship centred rather than self-centred. If we treat people as means to an end, then why should they treat you any differently?

By building genuine relationships with your contacts, they are more likely to spread the word about you and your business as well as referring business your way.

So could networking help grow your business?

Why Facebook is here to stay
Which Networking Events are Best for You?