Networking Etiquette: Some Do’s and Don’ts 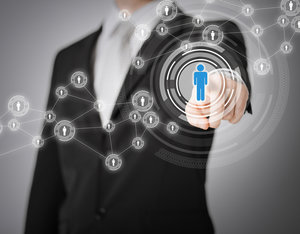 There is nothing like the inner fury of British people when the queue system is not adhered to. You’ve been there, seen the queue cutters, the queue ignorers and the very notion offends you. Why does it? It’s etiquette, an expected social norm. Not surprisingly then, networking has its own social norms and thus its own etiquette.

Networking etiquette can be divided into three categories. Before, during and after.

Provided the event isn’t supplying a meal, eat before you go. You don’t want to be in the middle of a conversation when your stomach starts to emit a whale call, causing you to dive for the nearest peanuts and snacks. Additionally there’s nothing worse than being asked a question when you’ve stuffed your face with canapés.

Next, check yourself out! Make sure you’re presentable in every sense of the word, maybe smart and casual or suit and tie. Confidence is everything so preparation is key. It is imperative you arrive on time, fashionably late doesn’t fly at business events, even 7am ones! Do you want to be that person that walks in whilst the host is introducing the event..?

Don’t panic. Remember, you’re the boss. Set your handshake hand free and introduce yourself to someone with a smile; they’ll be grateful that you made the first move! However, be sure not interrupt anyone or attempt to join a conversation that is clearly intended to be private. Introduce yourself as a person with a history rather than a company with a sales pitch. There’s no you in networking, so don’t make it all about you. Listening is a highly valued quality you shouldn’t underestimate it. Treat people as people and not as objects. You’re not simply there to make your services known but to connect with others and see what services they have to offer you. People like to be called by their names, try your best to remember the name of the person you’re talking to. To make it easier some like to wear a name badge, this may work for you. It’s ok to apologise and ask again!

Do not; whatever you do, check your phone during a conversation, not even as an excuse to leave the conversation, its plain rude. Phone goes on silent..!

Speaking of exiting the conversation you need to do so gracefully. Don’t make an excuse and run off, unless you actually have a valid excuse to run off! Conversations do come to a natural end, its ok to want to go and meet more people, that’s the point after all. Phrases such as “Name, it was great to meet you, I know we’re both here to meet people so I won’t take up any more of your time” work really well. Or you can offer to introduce the person to someone else, which is mutually beneficial.

After the event, you’ll have big wedge of business cards, so why not connect with the people you’ve met at the event via email, social media maybe give them a shout out on twitter. This is a great way maintain casually with no pressure until you meet again. Networking is not a one-time thing; it’s a process which requires commitment.

If you’ve managed all this socialness give yourself time to recover; Netflix is wonderful for this.

Now get back out there you etiquette wizard you!

Which Networking Events are Best for You?
Develop Networking Relationships for Mutual Benefit